Are you sitting in your favorite café and thinking of connecting to the public Wi-Fi network because your mobile data has exceeded the limit? Or you decided to use an open network because, hey, who can ignore a freebie! Either way, we suggest that you re-consider using an open Wi-Fi network.

Although a free internet service may excite anyone, using such a connection is usually not encouraged. Especially if your smartphone/laptop or even PC is used to conduct confidential business operations or hold sensitive data.

Irrespective of why one feels the need to use a public Wi-Fi network, the user in general needs to be wary of such free/open connections. While all such open connections look authentic, digital scammers are everywhere, so one just needs to exercise extra precaution with their smart device. One wrong connection and a user can put their precious data at risk!

Even though the internet is an indispensable utility, required for the smooth functioning of your daily life, the ever-increasing pricing of internet plans often has users naively trying out free services such as public Wi-Fi networks for optimum saving.

Trained I.T. personnel will tell you this: you should not use public Wi-Fi as it comes with plenty of threats. Listed below are some of the common hazards of using free/open wireless networks:

Users who commonly use public networks are advised not to share confidential information with other users, as these can get infected because of you. It is also recommended that no personal accounts (email/social media accounts) should be accessed when the phone/laptop is connected to a public network.

An open Wi-Fi is generally considered unsafe, exposing internet users to all kinds of cyber hazards, while also putting their identity at risk. Users may end up losing access to online accounts or having financial data stolen, or worse, all of the above, especially if personal info falls into the wrong hands.

There is also the issue when internet traffic is quietly interrupted by an attacker posing as a reliable recipient. This is showcased as a notification to the user, requesting to connect and share files with other devices on a similar network. If such a file transfer as this, is allowed, it will not take long for an attacker to exploit the lack of security at the other end and insert malware via various methods such as session hijacking or packet sniffing for that matter.

In such a case, it is better to get hold of reliable internet service providers such as TDS Wi-Fi Internet that you can customize! Select an internet deal that bundles high-speed TDS services just the way you like! Order now and find a plan, which fits your needs.

Lack of Encryption at the User End

This factor protects data from all kinds of unauthorized activity. However, the lack of encryption at the user end can often unceremoniously compromise digital security. Public Wi-Fi networks don’t normally employ encryption in their networks and even if they do, how does one know if the provisioned piece of tech is good enough or not.

Among the most commonly used ones, WEP encryption is one of the oldest forms. Yet ironically is considered the least secure for it is not recommended, as it is easier to break by modern-day digital thieves.

On the other hand, the newest form of encryption, WPA2-AES is effortlessly implemented and is considered the best. From 2014 onwards, iPhones have been sending warning notifications to their users especially if they connect to a Wi-Fi network such as the ones placed in public spaces. As this is where online protection most needs to become robust. If WEP is still being used, then it is the right time to make an upgrade.

Although Wi-Fi spots do come with their own set of risks, one just needs to be extra cautious when they connect to a public connection and they are good to go!

While cybercrime has drastically increased over the years, one still needs to be aware of several online scams. One of them is identifying fake hotspots. These may look legitimate but that’s because scammers work very hard to establish networks, which look genuine to the average user. Unfortunately, these are meant to get hold of a user’s private info for illegal reasons.

Open Wi-Fi is downright dangerous. There is no other way to put it. This is because this kind of wireless connection is the easiest channel through which hackers can get unsolicited access to all sorts of sensitive and confidential data within a short period.

Even a highly secure place such as the airport is considered unsafe when it comes to a public wireless connection. No matter how tech-savvy you are, once your private system is hacked, the entire system can be viewed by hackers, from commonly visited websites to social media to all your online activity.

A common trick employed by hackers is averting your digital traffic to an unsafe, cloned website. This method is known as DNS spoofing, which tricks users to log into an authentic-looking website. If you are not aware of the various ways through which your system can be at risk, then chances are you may have willingly handed important data such as login info to a cyber-attacker.

A public wireless network that’s deemed unsafe is mostly the one found in cafes, departmental stores, shopping malls, airports, and all such public spaces. That’s why always deactivate automatic connectivity to internet service and never share/transfer files so that your device is always protected.

Never Keep One Password for All Digital Accounts and Online Profiles

If you are in the habit of using just one email ID and passcode for various accounts, then it’s time that you let go of this practice. This may sound quite difficult for you if you have such a habit but changing this practice may just save you from a lot of trouble. I.T. experts highly recommend that a user’s various accounts should be accessed by different IDs and passcode.

While it may seem impossible to keep hackers away and out of your devices, the situation is still entirely not lost or unattainable. A strict check on your digital security, which includes updating your PC firewall and performing anti-malware upgrades, while regularly running the latest antivirus will ensure that all areas requiring cyber-security measures, are fully covered.

Having said that, while one can follow maximum guidelines to stay updated but it is better that you invest in an internet service that ensures optimum security for your digital activity. Whether you adore shopping online or enjoy streaming your favorite season, a safe and secure ISP is an investment that should never be underestimated!

Simply visit BuyTVInternetPhone and select  a TDS High-Speed internet connection, which ticks all the checkboxes so that you have a highly secure service at hand. Hurry now, before the best monthly plans are taken away! 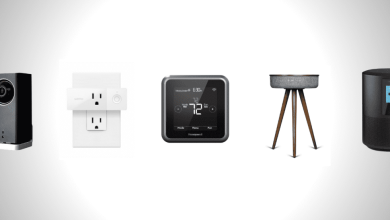 Smart Home Gadgets: Reasons Why You Need Them 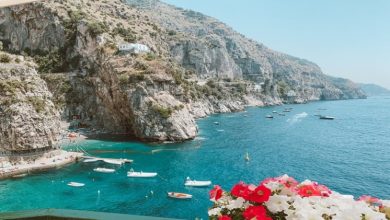 The Ultimate Guide to Spring in Naples 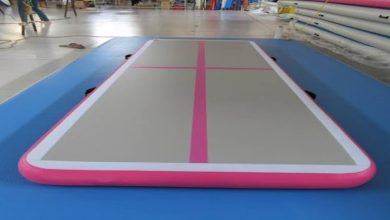 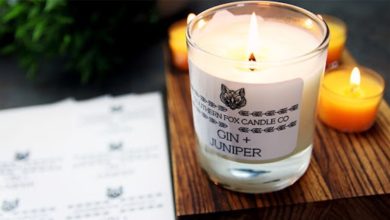